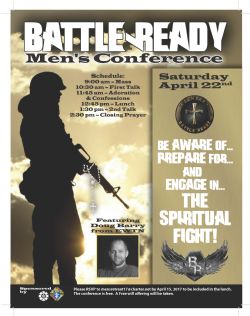 We are hosting our annual 1/2 day men’s retreat on Saturday April 22nd from 9am – 2pm, and is hosted by a nationally known speaker.  It is a free event, but will take an offering to help cover costs.  Please include the communication that it will be held at St. Monica’s parish in Duluth (the flyer does not state that).  Also the flyer does include an email for RSVP but please state that in the email you send as a reminder (will give us a rough count for preparing for lunch).  Thank you and let me know if you have any questions 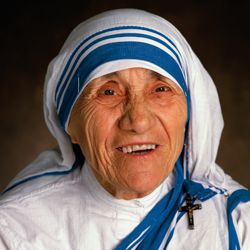 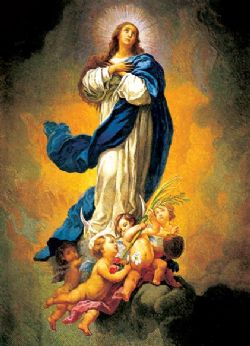 As the election nears, the Knights of Columbus is urging its members and other Catholic Americans to pray

The prayer will be in the form of a novena — nine consecutive days of prayer — and will run from Oct. 30 to the eve of the election on Nov. 7.

The prayer is addressed to the Holy Trinity through the intercession of Mary, the Mother of Jesus, under her title of the Immaculate Conception.

Individuals, families, councils and parishes are all invited to participate.

“The Church teaches that Catholics are called to form their consciences based on Church teaching and vote in accordance with that well-formed conscience,” said Supreme Knight Carl Anderson. He added: “Pope Francis has said in reference to the U.S. election that we should ‘study the proposals well, pray and choose with your conscience,’ and this novena is designed to help Catholic Americans do that.”

The text of the novena reads:

Most Holy Trinity, we put the United States of America into the hands of Mary Immaculate in order that she may present the country to you. Through her we wish to thank you for the great resources of this land and for the freedom which has been its heritage.

Mary, Immaculate Virgin, our Mother, Patroness of our land, we praise you and honor you and give ourselves to you. Protect us from every harm. Pray for us,that acting always according to your will and the will of your divine Son, we may live and die pleasing to God.  Amen. 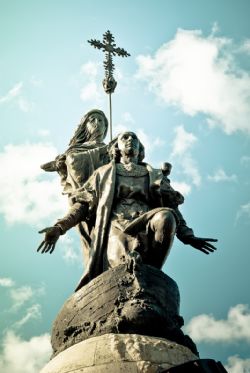 Every person in the United States of America has probably recited the Pledge of Allegiance at one point in their lives. Whether it be at sporting events, memorials, or most likely a public school, we all know and have said the familiar beginning “I pledge allegiance . . .” However, most of us probably don’t know where the Pledge even originated or that “under God” was not always included when reciting it. How did the Knights of Columbus help have “under God” added to the Pledge of Allegiance?

The Pledge of Allegiance had its start over a hundred years ago in 1887, when Rear Admiral George Balch composed it’s first form. Five years later in 1892 it was revised by Francis Bellamy, a socialist and Baptist preacher as part a movement to have a salute to the flag on Columbus Day. He said he revised the pledge when “patriotism and national feeling was at a low ebb.” His revised version read (bolded is his addition from Balch’s original):

“I pledge allegiance to my Flag and to the Republic for which it stands, one nation, indivisible, with liberty and justice for all.”

In 1942, Congress recognized the Pledge for the first time, but did not make it an official salute to the flag. Three years later it would be officially adopted as the “Pledge of Allegiance.”

The addition of “under God” had its early beginnings in 1951, when the Knights of Columbus adopted a resolution that would amend the Pledge of Allegiance recited in their meetings that would mandate “under God” be said after “One Nation.” A year later at their annual meeting, they adopted a resolution to try to affect this change on a national level by sending letters to the President, Vice President, and Speaker of the House. While the three did not respond to their initial attempt, they tried again a year later at their next annual meeting. This time, they sent the same letter, but this time sending also to all members of Congress. They received many replies from members of Congress, and seventeen individual bills were made to formally make the change.

In 1954, one of the seventeen bills was adopted and passed by a Joint Resolution of Congress. President Dwight D. Eisenhower signed it into law on Flag Day, June 14th 1954. On that day he said:

“From this day forward, the millions of our schoolchildren will daily proclaim in every city and town, every village and rural schoolhouse, the dedication of our nation and our people to the Almighty… In this way we are reaffirming the transcendence of religious faith in America’s heritage and future; in this way we shall constantly strengthen those spiritual weapons which forever will be our country’s most powerful resource, in peace or in war.”

President Eisenhower sent a letter thanking the Knights of Columbus for their instrumental work in having “under God” added to the Pledge of Allegiance.