From chipping in with CRHP to stepping up for Italian Fest, Alvin's been a mainstay in the kitchen!

Thanks for your leadership on Mother’s Day breakfast and the St. Joseph Project

Congratulations and a BIG Council 9056 Thank You to Fran Pyne for all of his help with Project Joseph - he is recognized as our Knight of the Month for February 2019. Well Done as our GK is fond of saying.

Thanks for all you efforts, especially with the back room, hard work in the kitchen for Italian Fest 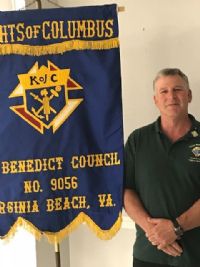 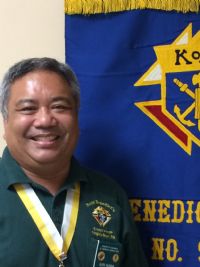 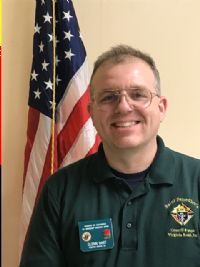 Thanks for your support. If there is an event Glen is there

Thanks for your support to the Family Night 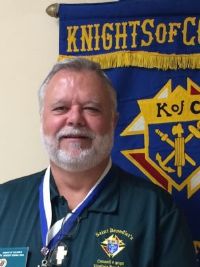 Thanks for your help with both Christ Renews His Parish weekends and Italian Fest. Great job in the kitchen 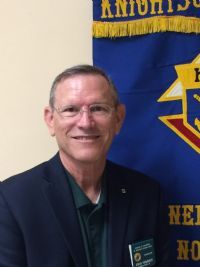 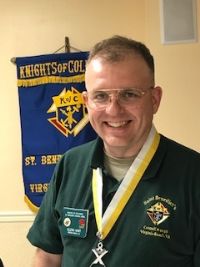 Thanks for Fish Fryin' 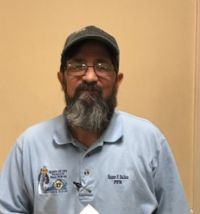 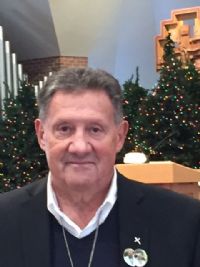 Thanks for a great Christmas Party!

Thanks Brandon! A new Knight, you've jumped in with both feet and remind and challenge us to serve our community and Church! 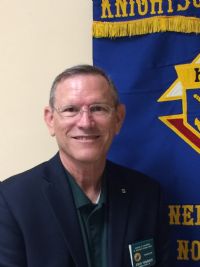 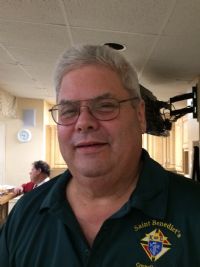 Thanks for your great cooking and "galley leadership" for ItalianFest!

Congratulations to PGK SK Larry and Sue Bucher for being recognized as Council 9056 Family of the Month for February 2019. 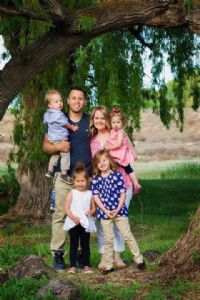 Thanks for your support to Council, Squires, Parish and Country

Within moments of speaking to John or Lisa, you become very aware of their love for our Lord and the Church. John has been involved with several ministries such as RCIA, Christ Life, and CRHP (Christ Renews His Parish). He has shared his powerful personal journey at the CRHP retreat where it has touched many in a profound way. He is employed by the parish and has been heard by him that "it's one of the best jobs" he's had. Lisa is a recent convert to the Catholic faith and has quickly become an active member in the parish. She is also involved with RCIA, CRHP, and especially Christ Life, where she has led many of the classes. Shortly after Lisa's entry into the Church, John and Lisa had their marriage blessed by Father John which was attended by many in the parish who have been touched by their presence. 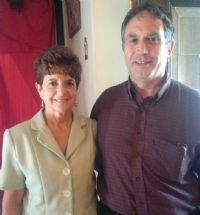 Thanks for being Fish Fry Stalwarts!

From Church to Council, this couple has been a mainstay for us, and an inspiration to all 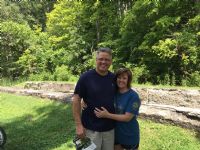 The Fick family is a familiar sight to anyone who has been around St. Gregory the Great Church, School and Catholic Charities. Thanks for all your good works to community, school and Church!

Thanks for your time, guidance and leadership as Chariman- you made ItalianFest a huge success!

Thank you Bob for taking care of us Knights!

David and his wife Jane Poston are long-standing members of St. Gregory the Great Catholic Church in Virginia Beach. They devote exceptional personal time and resources in a variety of endeavors both as parishioners and as a member of St. Benedict’s Council #9056. Dave has kept a very low profile in helping numerous families get through tough situations as a master electrician… often-times forgetting to leave an invoice for his services, just so the benefiting family has one less problem to worry about. They are also significant contributors to the annual Saints Ball – the largest fundraiser that benefits St. Gregory the Great Catholic School. These and many other ‘good deeds’ more than qualify them as befitting the title “Family of the Month” for St. Benedict’s Council #9056.

SK Irving Ferguson joined the Order slightly over two years ago. Although confined to a mobile device and certain other limitations, Irving has worked diligently in his best capacity along with his mother Ofelina and brother Phillip at numerous KofC and Church events. His enthusiasm for the Knights is so great that his brother Phillip joined the Order a month ago. Irving became a Guard for Fraternal Year 2013-2014, and is a member of the 2013 Class of Virginia Sir Knights who were brought into the 4th Degree two weeks ago.

SK Dan Krys along with his wife Heather (a teacher at SGGCS) and his daughter Hannah (a student at SGGCS) put a total family effort into the first Council Breakfast held in September. Hannah created table signs that gave a real personal touch to help her Dad out, along with a truly massive effort by the 3 of them to help bring a huge success to this now monthly event.

Tom and his family are constantly doing behind the scenes work - typical of the 'Get it DONE' positive enthusiasm they bring to everything they do. Here you see Tom with some of his grand-kids during the recent Italian Fest held to help us raise funds for St. Gregory the Great Catholic School.

The McLaughlin Family was so excited about Jim deciding to become a Knight, they volunteered to help with Council 9056's fun-loving Fish Fry Crew of Knights and Squires on Fridays during Lent, BEFORE he could take his First Degree. Jim became a member of our Order at the end of April, moving on to his Second Degree shortly thereafter. You will usually find them at the 9 AM Mass, and helping out wherever they can around the Parish. Originally from the greater Boston area, the McLaughlin's are thoroughly enjoying their new home in Virginia Beach.