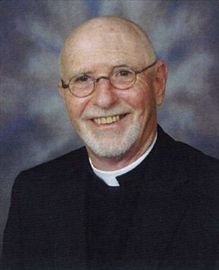 Council 16418 was formally instituted on February 22, 2016.  The council is named after the former Chaplain General of the Canadian Forces, Padre Murray Farwell.

Born on June 28, 1945 in Mount Forest, Ontario, Padre Murray was ordained to the Priesthood in the Cathedral of Christ the King, Hamilton, Ontario on May 13th, 1972. In the five and half years following his ordination he was assigned to several parishes. In November 1977 he joined the Canadian Military as a Chaplain and served across Canada, Europe and the Middle East with exceptional dedication and ministry to all. He attained the rank of Brigadier General in 1999 and was named the Chaplain-General of the Canadian Armed Forces. In 2000, he had the solemn and historic honour of repatriating Canada’s Unknown Soldier from Vimy Ridge, France and presided over the interment in Ottawa at the National War Memorial. In 2001, he was made a Commander of the Order of Military Merit, the only Chaplain General to be awarded this honour.

Following his retirement from the Canadian Military in 2002, Padre Farwell eagerly and generously served as pastor of Saint Mary of the Purification in Mount Forest and St. Peter Parish in Ayton. Father Farwell's love of his priestly ministry was reflected through his pastoral solicitude for all of the people of God.