For running the ID Drive and all he did for the church picnic.

Ed spoke at all the masses the last weekend of the month. We got 23 people for our 1st blood drive. I was told by heartland that this is very rare they where hoping for 10. way to go Ed..

Frank went above and beyond helping with PADS this month. Thank you Frank for Helping me out and coming back when you did. 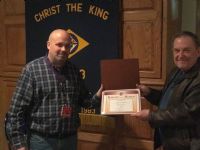 For all his great work running The Taste of Italy. 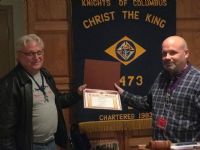 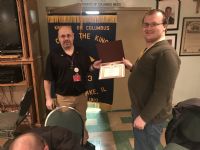 For all his hard work being St. Nick all day at our Breakfast with St. Nicholas. He never even took a break to cool off. 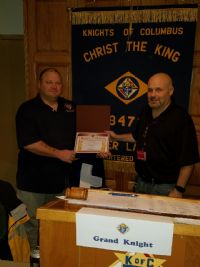 For all his hard work running our councils Coat Drive. Frank even bought some out of his own pocket.

For taking care of the pumpkin sales.

For taking care of the pumpkin sales

For stepping up to take care of the Flea Market food booth.

For All the hard work done on the lighting for the Alter for Easter.

For all his hard work installing the new floor on the alter.

For the hard word on the installation of the new floor of the alter.

For Success of the Taste of Italy 2017. Putting in all the long hours.

For saving the Breakfast with St. Nick.

For the building for the Lady of Perpetual Health Shrine.

For the long hours given for the ID Drive

Thank You Tom for all your Hard Work on the July 4th Respect life float.

We gave the church the family of the month of June for our 1st blood Drive going so well. Thank you for all that you did for us..