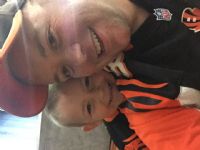 Glenn was instrumental in the success of the Prince of Peace Spaghetti Dinner! Good Job!

Robert “Bob” Elko: Bob has been a long time member of our council and put tremendous effort in supporting council events. He was instrumental in providing guidance for our February fish fry and is always supporting First Friday at the church. His great attitude and desire support the church makes him a great asset to the Council and the Knights. 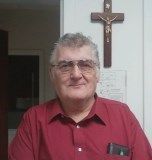 Michael was instrumental in coordinating the Christmas Tree lot that brought in a record amount of money for the church. Michael is always a strong advocate for the Knights and lends a hand whenever he can. His great attitude and desire support the church makes him a great asset to the Council and the Knights.

Jason was instrumental in the success of the Suffolk Peanut Festival. Then on the following weekend, he worked in the kitchen for the parish Spaghetti Dinner. His great attitude and desire support the church makes him a great asset to the Council and the Knights

Marty was instrumental in the success of the Suffolk Peanut Festival by working 3 shifts over the weekend. Then on the following weekend, he worked in the kitchen for the parish Spaghetti Dinner. His great attitude and desire support the church makes him a great asset to the Council and the Knights.

Millet Fadoul for coordinating the Soccer Challenge for the Council and District. On 9/21/2014 we had 6 participants (5 boys & 1 girl) compete in the youth soccer challenge for POP/Council 8240 held at St. Stephen's Church.

Ramon, a new 1st degree, was instrumental in the success of the parish picnic on August 23rd. His great attitude and desire support the church makes him a great asset to the Council and the Knights.

Curtis assisted with KOVAR efforts the weekend of June 7th/8th. Curtis attends meeting regularly and is always willing to help out. Curtis enjoys spending time with Brother Knights and is always in good spirits. He also assists in Degree Ceremonies.

John Vinett is quiet within our Council, but quitely does a tremendous amount. John is an exemplary model of a Catholic, participating as an RCIA sponsor, a confirmation sponsor, and as a plank-owner in the newly formed Prince of Peace Evangelical Group.

Brother Millet helped recruit 12 members of the Great Bridge Football Team to assist with the Fish Fry on March 14th. The players arrived around 6pm and assisted in the kitchen and as food runners. They also assisted with the clean-up (loading of the trailer and breaking down of tables). John Ricci from POP was very pleased with them. They will also assist at our next Fish Fry April 11th. This would not have been possible without Brother Millet's assistance. Millet has also accepted the position of Youth Chairman for next year. Millet also assisted the DGK in delivering the left-over food to the Fire Station on Hanbury Road.

Recently Dave spent the entire day helping out in the kitchen preparing the meal for joint council 11984/8240 Valentines Dinner Dance. Later that evening Dave assisted with raffle ticket sales. Dave is very active in the Council and is always willing to help with Council events. He enjoys working in the kitchen and preparing meals for council social events. Dave also volunteers as an Usher at Prince of Peace 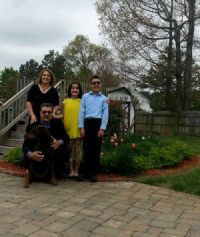 Council 8240 selected the Padilla Family for Feb Family of the Month for their help in coordinating volunteers at our Fish Fry. They are very active in the Parish and also in the community.

Advent Tree shopping and gift wrapping in December. Mike is also the lead on our Family night at Admirals hockey game in February.

Ginny was instrumental in the success of the Suffolk Peanut Festival and the Parish Spaghetti dinner. Ginny is always willing to help and support the Parish and Council.

The Francher family was very instrumental with Suffolk Peanut Festival by volunteering over 24 hours combined. They are always actively helping out the Council and the Parish. They also take individual photo's at our Annual Valentines Dinner Dance. 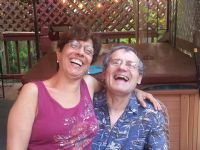 Council 8240 selected Vinicio and Vincenza Fabbrizi from Andrea's Restaurant for September Family of the Month. The Fabrizzi family has helped the Council out the past few years by providing food for the Christmas party and pizza for the fish fry kitchen staff. The have always been supporters of the Parish (Prince of Peace).

Tom and Mary Murphy played a huge role in the success of the Parish Picnic. They have also volunteered to take the lead role with Christmas Card sales at POP starting in November. Tom and Mary always have a positive attitude.

Council 8240 selected John and Dorothy Ricci for July Family of the Month. John (recently took his 1st Degree) and his wife arranged a beautiful reception for a SK that passed away. The reception was very well organized and had over 75 in attendance. John is also the Maintenance Manager at our Parish (Prince of Peace). John and Dorothy are are always willing to go the extra mile to help with the Council and Parish.

. They opened their home to Council 8240 to conduct a Business Meeting on Thursday June 12th. It was well attended and brought a smile to John's face. John really enjoyed seeing his Brother Knights.

Tom Daughtrey and Dorothy Hill Family - they are part of the food pantry, wesely soup kitchen at sacred heart, nest baptism and weddings .

Joe and Betty Shaffer - Joe spent the entire Friday running the kitchen during the Fish Fry. His guidance and experience made the day a successful event for the Council. Betty Shaffer took the lead in recruiting help for the serving line during the Fish Fry. I believe this is the second year in a row she has taken the lead on this. You can also find Joe and Betty helping out the Parish during Mass and other Parish events.

Council 8240 selected the Abbate Family for February Family of the Month. Council 8240 held its Fraternal Benefits and Recruitment Night in February. We had one of our most successful benifts/recruitment night. The Council had over 27 guests in attendance. We could not have accomplished this without the guidance and help from the Abbate Family. Bob came to the event fully prepared to answer all possible insurance questions that might have been asked. He also welcomed in our new Brother Knights.