Thanks to the efforts of Father Michael J. McGivney, assistant pastor of St. Mary's Church in New Haven and some of his parishioners, the Connecticut stae legislature on March 29, 1882, officially chartered the Knights of Columbus as a fraternal benefit society. The Order is still true to its founding principles of charity, unity and fraternity. 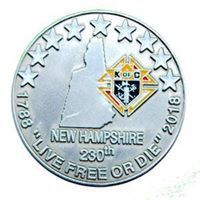 We are a 7,000-member, Catholic, family, fraternal, and service organization. Our state council was chartered in 1892 and has grown to 67 active councils organized in 15 districts. Our mission to serve our church, our families, our communities, our country, and those in need reflects the vision of our founder, the Venerable Father Michael J. McGivney.

On April 18, 1869, St. Joseph Church was dedicated as a new Catholic Church here in the City of Manchester. 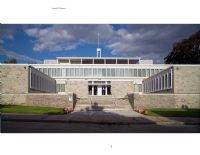 US Conference of catholic Bishops 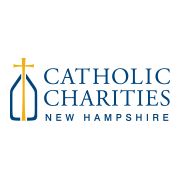 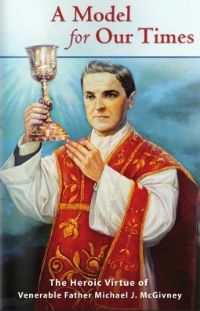 The cause for sainthood for Father Michael McGivney, a parish priest in Connecticut who founded the Knights of Columbus, has taken another official step forward.  At the fraternal organization’s 131st Supreme Convention in San Antonio earlier this month, Supreme Knight Carl Anderson reported “there is good news concerning Father McGivney’s cause. A possible miracle attributed to his intercession is now under investigation in Rome.”

Explaining the process for this new step, Caulfield said, “We were investigating at the diocesan level, and that investigation has been completed. All the documentation was delivered to the Congregation for the Causes of Saints at the Vatican in March.”  He noted that there were no initial objections to the documentation, and the Vatican congregation is moving forward with its role. “It is now in the early stages of investigation there,” Caulfield said.  “The Vatican is now gathering a medical commission to study the possible miracle and determine if it is beyond medical explanation.”

If the commission approves, “then it goes to a theological commission, which will decide whether to send a recommendation to the Holy Father for approval,” Caulfield said. “Then this would be the miracle for the declaration for the beatification.”  At the Vatican, the steps for Father McGivney’s cause are being handled by the postulator, Andrea Ambrosi. He works closely with the Congregation for the Causes of Saints and has completed many causes brought from more than 40 countries.  Along with serving as postulator for Father McGivney’s cause, Ambrosi is postulator for several more candidates’ causes, including Blessed Pope John XXIII, Blessed John Henry Newman, Venerable Archbishop Fulton Sheen and Fathers Augustus Tolton, Emil Kapaun and Patrick Peyton, each designated a “Servant of God.”  In December 2011, Caulfield was appointed vice postulator to succeed Dominican Father Gabriel O’Donnell, the initial vice postulator when Father McGivney’s cause officially opened in the Archdiocese of Hartford, Conn., in 1997. Father O’Donnell, now an administrator at the Dominican House of Studies in Washington, remains director of the Father McGivney Guild, the official source of information on his life and cause for canonization.

40 Days for Life is a community-based campaign that takes a determined, peaceful approach to showing local communities the consequences of abortion in their own neighborhoods, for their own friends and families. It puts into action a desire to cooperate with God in the carrying out of His plan for the end of abortion. It draws attention to the evil of abortion through the use of a three-point program:

The 40-day campaign tracks Biblical history, where God used 40-day periods to transform individuals, communities … and the entire world. From Noah in the flood to Moses on the mountain to the disciples after Christ’s resurrection, it is clear that God sees the transformative value of His people accepting and meeting a 40-day challenge.

Vision:  40 Days for Life is a focused pro-life campaign with a vision to access God’s power through prayer, fasting, and peaceful vigil to end abortion.

Mission:  The mission of the campaign is to bring together the body of Christ in a spirit of unity during a focused 40 day campaign of prayer, fasting, and peaceful activism, with the purpose of repentance, to seek God’s favor to turn hearts and minds from a culture of death to a culture of life, thus bringing an end to abortion.

Our Annual March for Life is on the third Saturday of January and it's in Concord, NH.

Don’t support the abortion industry with apathy. Join us for all or part of the March for Life, as we remember the decision that led to the legal killing of tens of millions of babies, wounded as many moms and degraded the right to life for all Americans. Bring your own signs or use ours.

Please share this event on social media and/or print out our flyer and give to your family, friends, church, and community.