There is a healthy, life-giving, alternative to contraception and artificial reproductive technologies. The Creighton Model FertilityCare System and NaProTechnology, effective to achieve and avoid pregnancy, offers couples who are experiencing infertility the hope of achieving pregnancy while following the teachings of their Church. For more information contact: Marguerite d’Youville FertilityCare Services at 603-232-3141 or MargueriteFertilityCare@gmail.com.

The NH Legislature is starting a new session, and more than 650 bills are on the agenda. Measures include the repeal of the death penalty, physician-assisted suicide, abortion clinic licensing, and support for victims of human trafficking. Register now for Catholic Citizenship News, the public policy enewsletter of the Diocese of Manchester, to receive updates as bills progress and learn how your voice can make a difference. To read the current issue of Catholic Citizenship News and to subscribe, visit catholicnh.org/ccn. 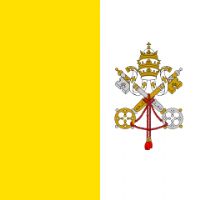 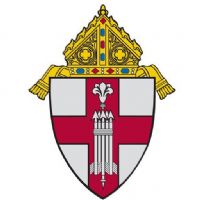 The Catholic Church in New Hampshire

Catholic Summer Camps in the Lakes Region of New Hampshire

Camp Fatima for boys and Camp Bernadette for girls.

For over four decades dedicated Knights from around the state and their families have converged on Camp Fatima for a May work day assisting the camp in preparing for the upcoming summer.

Because of this relationship with the NH State Council, Camp Fatima would like to offer any Knight of a NH council the opportunity to send a child or grandchild to Camp Fatima or Bernadette for two weeks. Currently, tuition is $1250 a session but for a NH Knight the tutition would be $995.

The Sisters of Life is a contemplative / active religious community of women founded in 1991 by John Cardinal O’Connor for the protection and enhancement of the sacredness of every human life. Like all religious communities, we take the three traditional vows of poverty, chastity and obedience. We also are consecrated under a special, fourth vow to protect and enhance the sacredness of human life.

Hands Across the Table

Hands Across the Table offers a free hot meal every Wednesday evening for those seeking food and/or friendship and support. See below for details.

Divorce and separation can be painful experiences. Support groups are available to those who are seeking healing, comfort, and empowerment. Visit www.catholicnh.org/support for a listing of groups. Do you know someone who is going through a separation or divorce? Please consider passing this information along to them.

Catechism of the Catholic Church

Pray the Rosary with Bishop Libasci