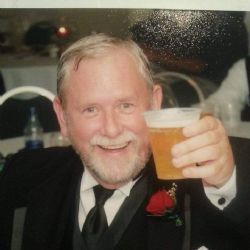 We are saddened today, January 8th, 2021 of notice of the death of Michael “Mike” Wilcoxen.  Mike has been part of our Council’s prayers for years and months as he dealt with respiratory issues and was tied to Oxygen as many of you are aware. Mike is survived by his wife Doris of 38 years (Married April 1982) and many friends and family.

A memorial photo gallery can be found by CLICK HERE or http://uknight.org/CouncilSite/photo-gallery.asp?ID=12853&CNO=3591.

MICHAEL JAMES WILCOXEN was born April 1, 1946. Mike celebrated his 74th Birthday with his wife Doris, age 61 and his family. Mike was a 3rd Degree member of the Knights of Columbus and a PGK. Mike earned his degrees at age 29 in 1975 and moved right into a prominent officer role.  Mike was Grand Knight for Tigard Council #3591 from 1979-1980. Mike was probably most known as his 15 years as Financial Secretary to the council.   Mike was a banker, who used these talents to set up spreadsheets and processes that are still used today to run council finances in the District.

“Mike was the GOAT, the Greatest of All Time, as the FS to the Council. It was my honor to have been next in line to the FS role after Mike decided 15 years was enough. He guided me with precision to the final cent of all activities.”  - Brian Fihn, PGK

“…As my mom used to say, Mike “you were blessed with the gift of gab” and as evidence when you entered the hospital for some early lung testing and you told the nurses about your hobby--your work at the Caring Closet. Your charm planted a seed that then grew into another windfall for the Closet—being adopted by Legacy Health for their annual holiday sock drive! Literally, thousands of donated pairs of new socks were the result over several years. Your “gab” has created long term ripple effects in our community….” – Rose Money, Previous with the Caring Closet, now Executive Director of Family Promise of Tualatin Valley.

“.. What a wonderful man…. I remember so well his hard work in getting all our Stuff the Bus bags where they needed to be as well as his devotion to generating income for the CC thru the cans…” - Darlene Loomer, Caring Closet Volunteer.

Again, as arrangements are announced, they will be sent through this email blast and on the council website. The Council website will also have a few memory photos of Mike so please take the time to visit and recall all the great memories of Mike.